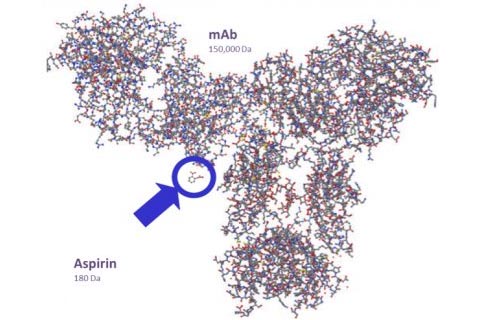 Our immune system does a remarkable job of defending us against diseases. We can also consider that it has the greatest potential for the specific destruction of tumours with no toxicity to normal tissue and for long-term memory that can prevent cancer recurrence. However, in many cancers, malignant progression is accompanied by profound immune suppression that interferes with an effective anti-tumour response and tumour elimination.
Immunotherapy is a treatment that uses a person’s immune system to fight diseases such as cancer. This can be done in a couple of ways:

The main types of immunotherapy to treat cancer include: monoclonal antibodies or cancer vaccines. While antibody can be used to “target” tumour cells, vaccines can increase tumour antigens production and promote the immune system activation. Today, I read a media release from Sanofi that caught my attention: “Sanofi, Evotec and Apeiron Biologics Enter Collaboration To Develop Novel Small Molecule Immuno-Oncology Treatments” and I discovered a third type of immunotherapy using immune checkpoint inhibitors.

What are these immune checkpoint inhibitors? And are small molecules useful for immunotherapy?

An important part of the immune system is its ability to tell between normal cells in the body and those it sees as “foreign.” This lets the immune system attack the foreign cells while leaving the normal cells alone. To do this, it uses “checkpoints” – molecules on certain immune cells that need to be activated (or inactivated) to start an immune response. Cancer cells sometimes find ways to use these checkpoints to avoid being attacked by the immune system. Several companies such as Roche, Eli Lilly, Merck have developed inhibitors to target these checkpoints:

PD-1 is a checkpoint protein on specific T cells. It normally acts as a type of “off switch” that helps keep the T cells from attacking other cells in the body. It does this when it attaches to PD-L1 (programmed Death-Ligand 1), a protein on some normal (and cancer) cells. When PD-1 binds to PD-L1, it basically tells the T cell to leave the other cell alone. Some cancer cells have large amounts of PD-L1, which helps them evade immune attack.

CTLA-4 is another protein on some T cells that acts as a type of “off switch” to keep the immune system in check.

In both case the checkpoint inhibitors is targeted by monoclonal antibodies not small molecules. Apart of these treatments new products are under development, there is a small molecule inhibiting the indoleamine 2,3-dioxygenase (IDO) pathway (IDO is considered as a immunology checkpoint as PD-1 and CTLA-4). This molecule would be the first cancer immunotherapy orally available. Indoximod is developed by NewLink Genetics and is currently on four clinical trials, seven more are under recruitment. Genentech has started a collaboration with NewLink for the development of a new IDO inhibitors NLG919. Others treatment based on indirect modulation of the immune system are under development, most of them are antibodies but some small molecules are also been explored. We can understand the advantages of small molecules, from a safety and patient commodity aspects, but also from a cost point of view. Sanofi recently compromised this 200M€ in research payment for the development of such molecules, therefore others pharmas may have chosen this type of investigation. Indeed, Last January Curis and Aurigene signed an agreement for the development of orally-available small molecule antagonist of programmed death ligand-1 (PD-L1). Incyte Corporation has also an IDO inhibitors, Epacadostat, tested in clinical trials, four were completed and several are under recruitment for combinatory therapy.

It seems that small molecule are back and find a new applications with the immunotherapy, it will be interesting to be pending on clinical trials results and the comparison with antibodies treatment. This new development could also open the way for new interesting combination therapy.