How to crash your own presentation 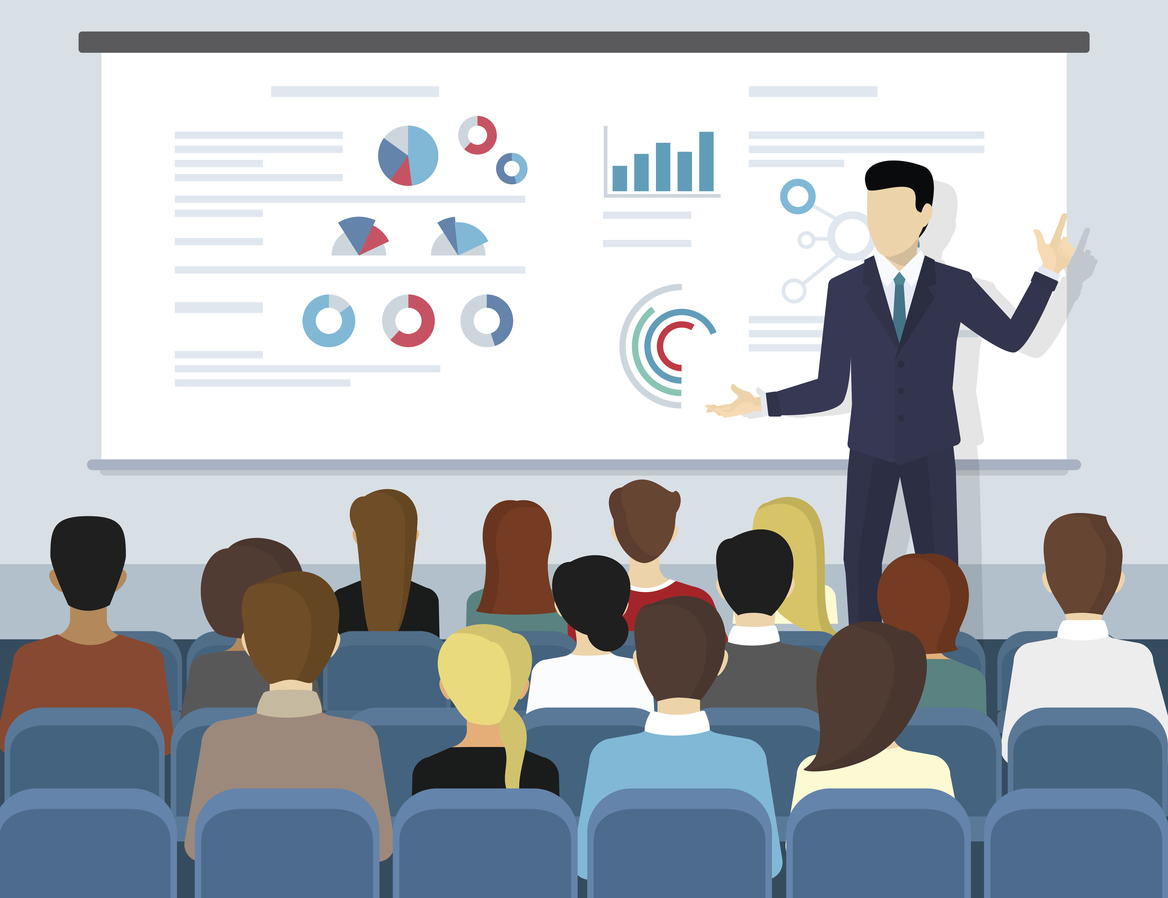 Let’s say it clearly from the beginning: this blog entry has been inspired by an old favourite of mine, a paper by Joseph F. Bunnett published in 1995 in the Journal of Chemical Education. I strongly recommend readers to look at Bunnett’s work to appreciate its sarcastic tone. I have tried my own version here.

Bunnett’s paper was addressed to scientists presenting interesting research results to a scientific audience, and introduced some techniques then related to “slides (or transparencies) projected as the visual component of the presentation”. The world has changed drastically in the last 20 years, but, interestingly, we are still giving presentations using slides, though in electronic format instead of the old small plastic squares. Of the ten techniques in the paper, only one is no longer relevant to the current generation of scientists. Luckily the other nine are still usable. Luckily the other nine advices that I describe below are still usable to make an attractive presentation and I have included another technique to round up the number up to 10 again.

1. Spend plenty of time saying things unrelated to your research. Though I recognise that probably this is one of the less commonly used techniques, it is still in use, unfortunately. Pepper your presentation with acknowledgments, jokes, short stories, etc. Well used, they will allow you not only to fill your allocated time, but, if possible, exceed it. For advanced users, introduce all the 20 people in your research team at the end, with short bios.

2. Don’t waste time introducing your topic. Assume that your audience knows the topic at least as well as you, including literature and the experimental techniques employed. Skipping all that background info will create immediate confusion in the audience, crippling their ability to understand the rest of your presentation and, as a nice bonus, you will save time that you can use to present other info (see above).

3. Fill your slides with detail. Regardless of the type of work you are presenting, fill the slide space with tabulated data, structural formulas, mathematical or chemical equations and spectroscopic data. Most attendees will be unable to cope with the sudden display of information, but, just to be on the safe side, change the slide as soon as possible. Even if they have read everything, the quick change will prevent them getting the significance of the info. This technique can be enhanced by using a small font, as some people will be unable to read anything at all.

4. If possible, represent trends with tables of numbers, rather than graphically. A table of numbers must be read and analysed to grasp the trend in the data. Graphic representations are used so it is easier to understand relationships. So don’t do it.

5. If you do present material graphically, as in the case of an NMR spectrum, a GC trace or a kinetic plot, omit the identification of the compound or system represented from the slide. This obviously allows you to further obscure the presentation by mentioning structural details that the attendees cannot see on the screen. Alternatively, you can provide identification by means of a code such as “4c”. Obviously, you have provided that code on an earlier slide, but if you have, that slide should contain at least 20 formulas in as cramped a form as possible.

6. Use low resolution or cryptic graphs. An extension of the previous technique is to use graphs which are not obvious (for example, pixelated and difficult to read, or coloured spots on a dark background) to illustrate the results obtained, without a proper key or explanation about what the graph represents. While the audience is trying to understand its significance, drop in comments about how clearly the graph shows the results you are talking about.

7. Organize your talk to include many slides. Say, 50 slides for a ten-minute talk. Some advanced presenters apply this technique by using/recycling presentations intended for other talks without removing superfluous slides. Enhance the effect by skipping some slides quickly while making derogatory comments to the audience about “these chemistry/biology/other-science details not being interesting to any of the attendees”. I think this is by far my favourite technique.

8. Create your slides with a few apparently random mistakes. Provide the required corrections as you discuss them. Point out that the IC50 for that product should be nM and not mM; that the yield obtained was actually 85% and not 65%; that the solvent is NMP and not DMF; and so forth. These constant trivial remarks will nicely interfere with the attendees’ attempts to comprehend the information displayed.

9. Present every detail of your experimental or theoretical results, because even small details can be important. For example, read the reaction conditions of each synthetic step, including equivalents of reagents, temperatures, reaction times, solvents and yields. Scrupulous repetition of the data on the slide will allow to impress the members of your audience with how much work you have done. As a bonus, it will reduce or even avoid discussion of the presented results, probably through mental exhaustion.

10. If your work involves theoretical principles not frequently discussed, assume your audience is fully familiar with them and proceed directly to apply them to your work. Dazzle your audience with your profound knowledge and command of sophisticated theory and let them wonder what you are talking about. This technique can be enhanced by using unusual symbols/abbreviations (unexplained, of course) and by throwaway remarks to the audience about how the theory discussed is widely known by all educated scientists.

There are other small tricks you can use. For example, serif fonts (that is, fonts used for printed documents, like Times New Roman) are harder to read on screen, so they should be used instead sans serif fonts (Arial, Verdana, Tahoma, etc.). Also, enhance the effect by using a smaller font size. That way you will get much more info in your slides.

Now, seriously, I admit that I have committed at least one of the sins described above. But, in my defence, it was through eagerness rather than malice. So, “been there, done that”. Unfortunately, we have all seen too many awful presentations and suffered too much. No more, please.

Freak Corner. The use of serif fonts vs. sans serif fonts is one of those old disputes that remains unsolved. And if you think it is just a trivial and annoying small problem, take a look here.