Is there a reason to refuse generics? 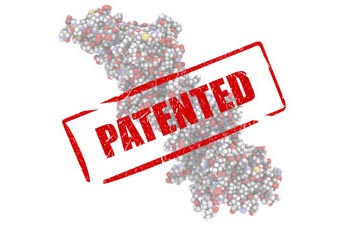 “This generic is an exact copy of your formal medicine.” We have all heard this assurance from our pharmacists, but why do doctors sometimes prescribe the original brand and not the generic? Why did my grandfather take a generic for heartburn and feel it did not work in the same way as the formal drug, causing him some unexpected side effects? Why are some people sceptical about generics? In summary, what is happening? And why are the health authorities not clearer on this issue?

I started to have some doubts when my grandfather, aged 84, told me what was happening to him. He got very upset with his pharmacist because he wanted to give him a generic instead of Raniplex for heartburn. My grandfather told him the generic did not work well; he had taken many generics and he is fine with that, but not this particular one. The pharmacist refused to give him the formal brand. I thought that something was going wrong and I decided to read more about this issue, so I started with a report from the French registration agency, the ANSM (Les medicaments génériques: des medicaments à part entire, Dec 2012) I was surprised when I read the definition of a generic: “the different salts, esters, ethers, isomers, mixture of isomers, complexed or derivative of the active molecule, are considered to have the same composition of active substances unless they show different properties from the point of view of safety or efficacy”. I wrote to the agency because I think that the efficacy can be altered if the final product is a mix of isomers instead of a pure isomer They did not answer me, but it began to make me wonder: what is the truth about generics?

I read more about how the generics are made and the differences between the formal drugs and their associated generics. I realised there are 3 types of generics:

Then I realised that a bioequivalence study was the only one requested by the authority before a generic can goes into the market. The aim of such a study is to prove that the kinetic of the generic drug is the same as for the original branded one, meaning that the % of active molecule reaching the biological target should be the same and should take the same time as for the original. But as every human is different, the concentration of active molecule is expected to be between 80% to 125% compared with the original and 90% to 110% when the toxic concentration and active concentration are very close. This bioequivalence study is carried out on healthy people, so the efficacy of the generic drug is not assessed as in a Clinical Phase III. The reason is that the overall condition of a sick person could alter the bioequivalence data, so no efficacy studies with generics are carried out in humans.

I am truly convinced that generics are a great opportunity and a very useful tool. Some are identical or very close to the original, but perhaps they should be used preferably with certain people, certain diseases or certain forms of administration. Generics can clearly be a problem for the old people simply because the tablet looks different, which can make them doubt whether the pill is the right one to take at that time. Their bodies are also weaker and probably more sensitive to changes in excipients (these issues are starting to be tackled by the FDA, as we can see in a recent publication. In addition, when they buy their medicine from different pharmacists, they may receive a different generic, which can exacerbate this intolerance. This brings me to another question: who chooses which generic we we take? The public health system? Our doctor? Our pharmacist? Our private insurance? Can we choose, or at least know, what we are using? Please can someone fill the gap?

We all feel the pressure that governments are imposing on doctors to prescribe generics, but maybe this it is not the right way to make it work.