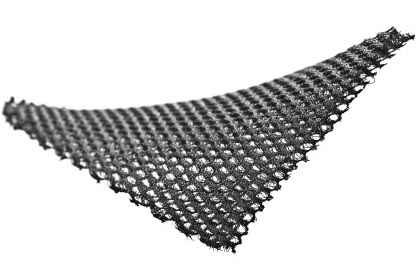 The impact of some technologies like 3D printing is remarkable. In this case, it is used to print a Copper catalyst.

For those of you who are not aware of what is 3D printing, it basically consists on a machine that deposits sucessive layers of a substance (usually a polymer) to construct a tridimensional structure. The substance is usually a polymer (for example, ABS or PLA) extruded onto a printing cavity. Let’s say that if you can design it using the CAD software, you can print it, though maybe not in one piece. 3D printing has evolved a lot since the initial efforts and it could mark the beginning of another industrial revolution. No more need to manufacture in advance and stock, just print it when you need it.

In this particular case, Sotelo et al. have applied 3D printing to catalysis, by using a concept that sounds easy but probably required a lot of trials: the substance used in the printer is an ink composed of Al2O3 ceramic powder, polymer binders and Cu(NO3) hydrate. Once the printing of the 3D structure, resembling a woodpile, is finished, the result is sintered at high temperature. The final result: a catalyst that can be used to promote Ullmann reactions. The authors demonstrate that the catalytic activity is not due to the leaching of copper species from the woodpile catalyst, but not many examples of reactions are shown (only arylations with imidazole and benzylimidazole).

In any case, this work has intriguing possibilities for those interested in copper catalysis!!