When Vet becomes a strategic goal for Pharma 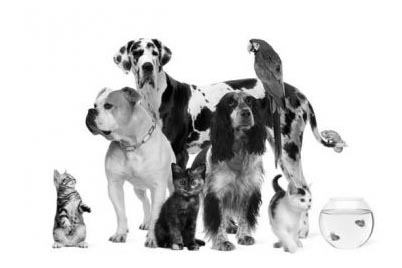 The “One Health” approach emerged following the unprecedented global response to the highly pathogenic avian influenza in 2007, but the philosophy began years before.

This is an initiative intended to forge co-equal, all-inclusive collaborations between physicians, osteopaths, veterinarians, dentists, nurses and other scientific health and environmentally related disciplines. Nowadays, when the tendency in human health treatment is moving towards companion diagnostic and personalized medicine, it is surprising to find out about this initiative, resulting in a holistic approach to diseases.


Reading about participants in One Health, I have realized that several biotech companies are changing their strategies and making a commitment to veterinary medicines. In fact, some diseases, such as rheumatism, infection and even some cancers affect both humans and animals, while animal drugs have often come from repositioning human products or from human products that failed at the clinical stage rather than R&D as such. Nowadays we can see that companies are developing new products targeting animal health in the hope of moving the drug to human health at a second stage. I am thinking of Genebiotech, positioned in rheumatology for both animal and human health, and other biotechs such as Da Volterra or Antabio, which are addressing the threat of bacterial infections and antimicrobial resistance for humans and animals.


What makes the vet market so interesting? Basically, development costs are lower and income can be expected at an earlier stage. While for a human drug, an extensive toxicology study in two animal species is needed before moving to the clinic for 7 to 8 additional years, for animal health the second toxicology species used can be already the target species (corresponding to the clinical Phase 1 in human). Also, clinical trials for veterinary drugs are less expensive and can be conducted faster. Finally, veterinary drugs can reach the market as soon as 2 to 3 years following the inception of animal studies. In this case, the revenue produced by veterinary drug sales may serve as a way of generating an intermediate return on investment that fuels more expensive development in humans.


This strategy can be applied when your active compound is a small chemical molecule; not a biologic that specifically needs to be developed for the target species due to the immunogenicity risk. The target should also be conserved between species, or it could be external to the proper body as it is the case for parasitic or microbial infections.
This is the case of antibiotic, anti-parasitic, and even some anti-inflammatory or anti-cancer drugs. However, although it looks attractive, special care has to be taken with metabolism. Indeed, the differences in species metabolism can either be quantitative (same metabolic route but different rates) or qualitative (different metabolic routes). See below an example about the caffeine metabolism in different species:
Caffeine is metabolized in Paraxanthine, Theobromine, and Theophylline. The following table illustrates the metabolism differences between species (Berthou F. et al. (1992) Xenobiotica 22, 671-680)

Based on that, I would expect a drug to be optimized differently depending on whether the target species is human or an animal. So I presume there are two possibilities:

In both cases, the objective is to obtain a fast return on investment and a kind of proof of concept in vivo to attract investors or pharmaceutical companies. It may be worth thinking about, but, as usual, the companies need the right people, such as metabolism experts or vets if they do not want to lose more money than they expect to make.