A Nobel medal for lithium 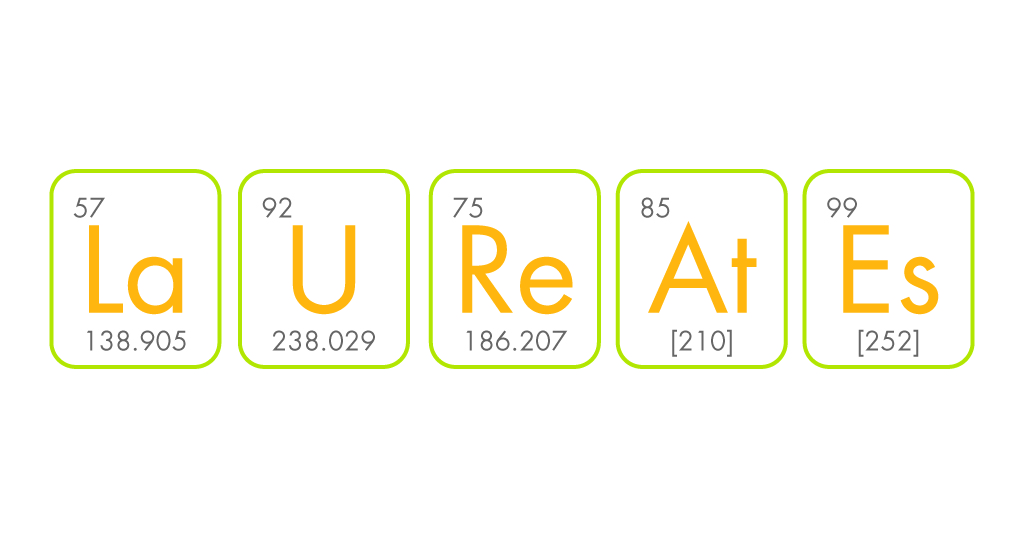 The 2019 Chemistry Nobel Prize has been awarded to John B. Goodenough, M. Stanley Whittingham, and Akira Yoshino “for the development of lithium-ion batteries”. This prize is particularly exciting for us chemists because, for once, the public can actually understand the enormous relevance of it. Everybody knows what a lithium-ion battery is (even if not their functioning details), what they are used for, and where to find them. Could you say the same of cryo-electron microscopy, molecular machinery, or quasi-crystals? This is an obviously well-deserved prize, but what must be most exciting to the winners is knowing the impact their work has had and will continue to have in our lives. Lithium-ion batteries are the first truly portable and rechargeable batteries, and are going to be crucial in the transition to a fossil fuel-free society. 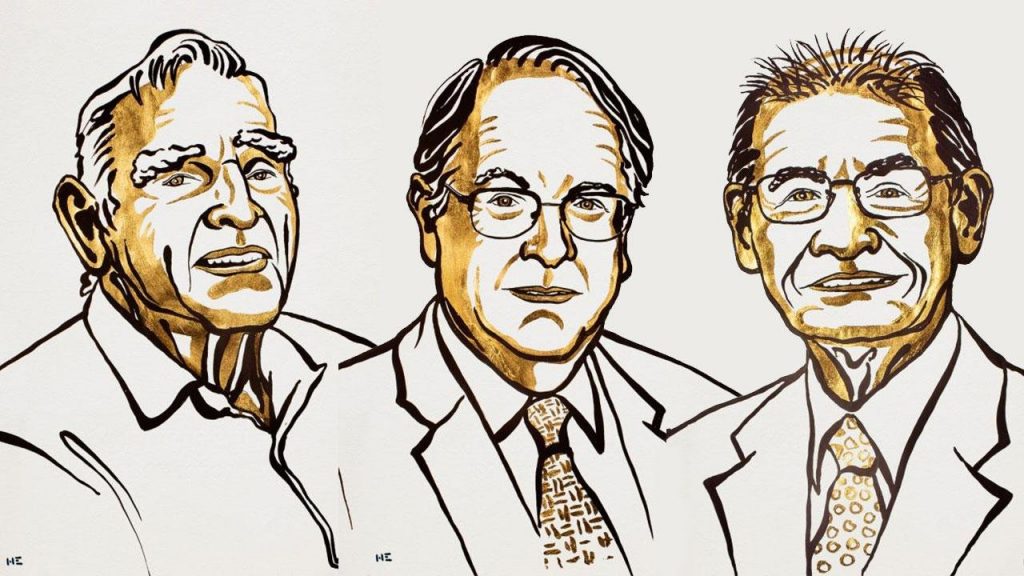 The development of lithium-based batteries was not straightforward due to the physico-chemical characteristics of lithium element. In fact, it involved putting down some fires, which made these pioneers rethink the use of lithium. Since we are still in the International Year of the Periodic Table, what better occasion to devote some lines to this element?

Lithium is the third element in the periodic table and exists as two stable isotopes: 6Li (7.5%) and 7Li (92.5%). Lithium metal is typically isolated electrolytically from a mixture of lithium chloride and potassium chloride. It is chemically active, readily losing one of its three electrons to afford the Li+ ion. As a result, lithium is a good conductor of heat and electricity, despite being the least reactive of the alkali metals. In water, it forms lithium hydroxide (LiOH) releasing hydrogen gas.

At GalChimia, we are very much familiar with organolithium compounds as they are widely utilized in organic synthesis. Examples of key reagents are n-butyllithium (nBuLi), used in metallation reactions; lithium diisopropylamide (iPr2NLi), a non-nucleophilic base; and lithium aluminum hydride (LiAlH4), which readily reduces aldehydes, ketones, and carboxylic esters to alcohols.

Because of its light weight and large negative electrochemical potential (-3.04 V vs. standard hydrogen electrode), lithium metal was originally employed as the anode (negative electrode) in many lithium non-rechargeable primary batteries. In the 1970s, Whittingham, who was working in Exxon at the time, developed a cathode (positive electrode) of titanium disulfide able to trap lithium ions in a process called “intercalation”. With this cathode and a lithium metal anode, in addition to a substance allowing for Li transport (i.e., the electrolyte), Whittingham assembled the first rechargeable lithium battery.

Unfortunately, with cycling (repeated charging and discharging), lithium metal would accumulate in the form of dendrites (needles), producing short-circuits and overheating that would ultimately lead to an explosion. The solution? Removing completely the use of lithium metal and developing batteries based purely on the intercalation of Li+ ions both in the anode and cathode (hence the specific name of lithium-ion batteries).

Here come the other two laureates. While at Oxford University in the 1980s, Goodenough discovered that cobalt oxide could also intercalate lithium ions, leading to the cathode material LiCoO2, while Yoshino (Asahi Kasei Corporation) focused on carbonaceous materials for the anode, in particular the intercalation of Li between layers of graphite.

Once assembled into a battery (see below), the LiCoO2 cathode supplies Li ions to the carbon-based anode through a non-aqueous electrolyte, affording voltages of up to 4 V. Because it does not contain the reactive lithium metal, this system is much safer than previous Li batteries. Moreover, because it is not based on a chemical reaction (that is, lithium remains as a cation the whole time), the battery characteristics such as cycling durability and storage capacity remain stable for longer. This type of batteries was first commercialized in 1991 and, with minor modifications, are the ones used at present. 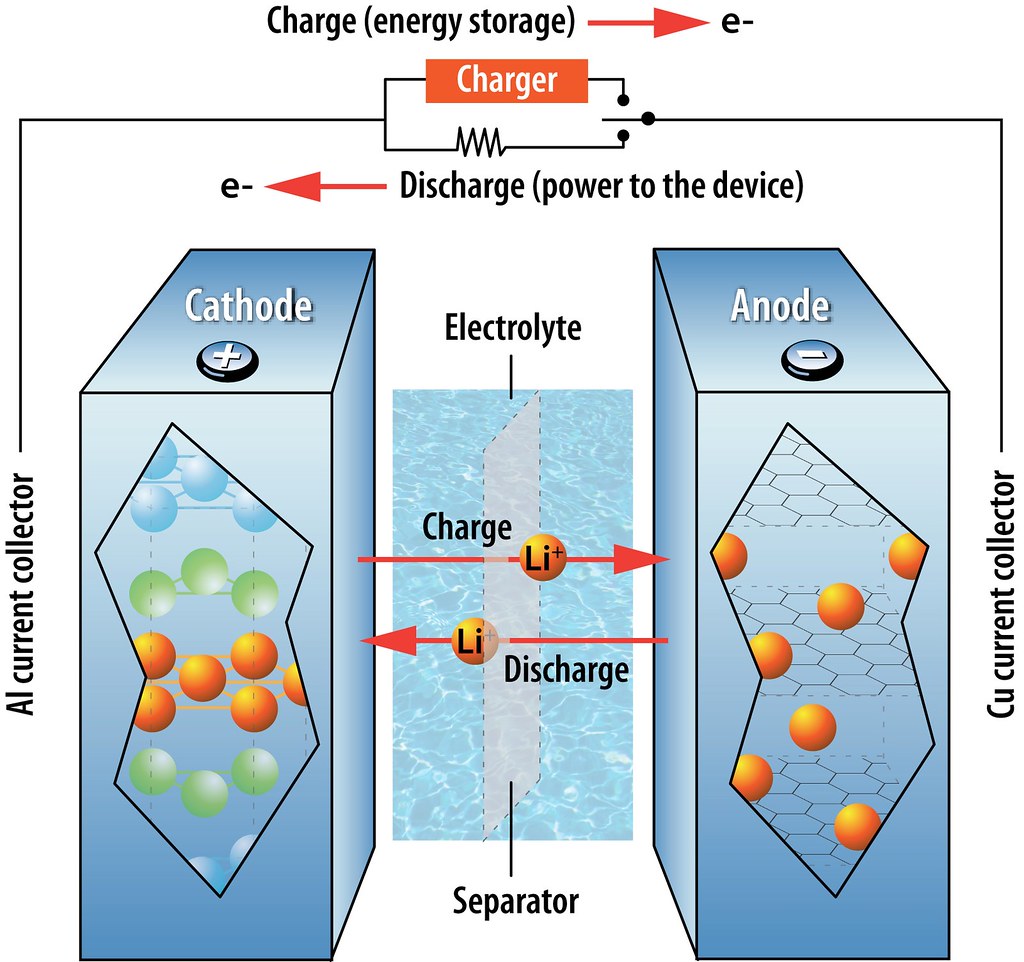 Schematic of a lithium-ion battery showing the migration of Li cations during charging/discharging (Illustration by Argonne National Laboratory).

As the Noble Prize website says, these scientists created a rechargeable world. However, this is in no way the end of the story. The search for improved battery performances is driving further advances in materials sciences (carbons, polymers, and ceramics), as well as in electrochemistry and surface chemistry. Vast efforts are being devoted to new concepts, such as Li-Air or Li-Sulfur batteries, or through the replacement altogether of lithium with sodium or vanadium. You never know, we may already be at the brink of another breakthrough in energy storage…