A Nobel Prize for Asymmetric Organocatalysis 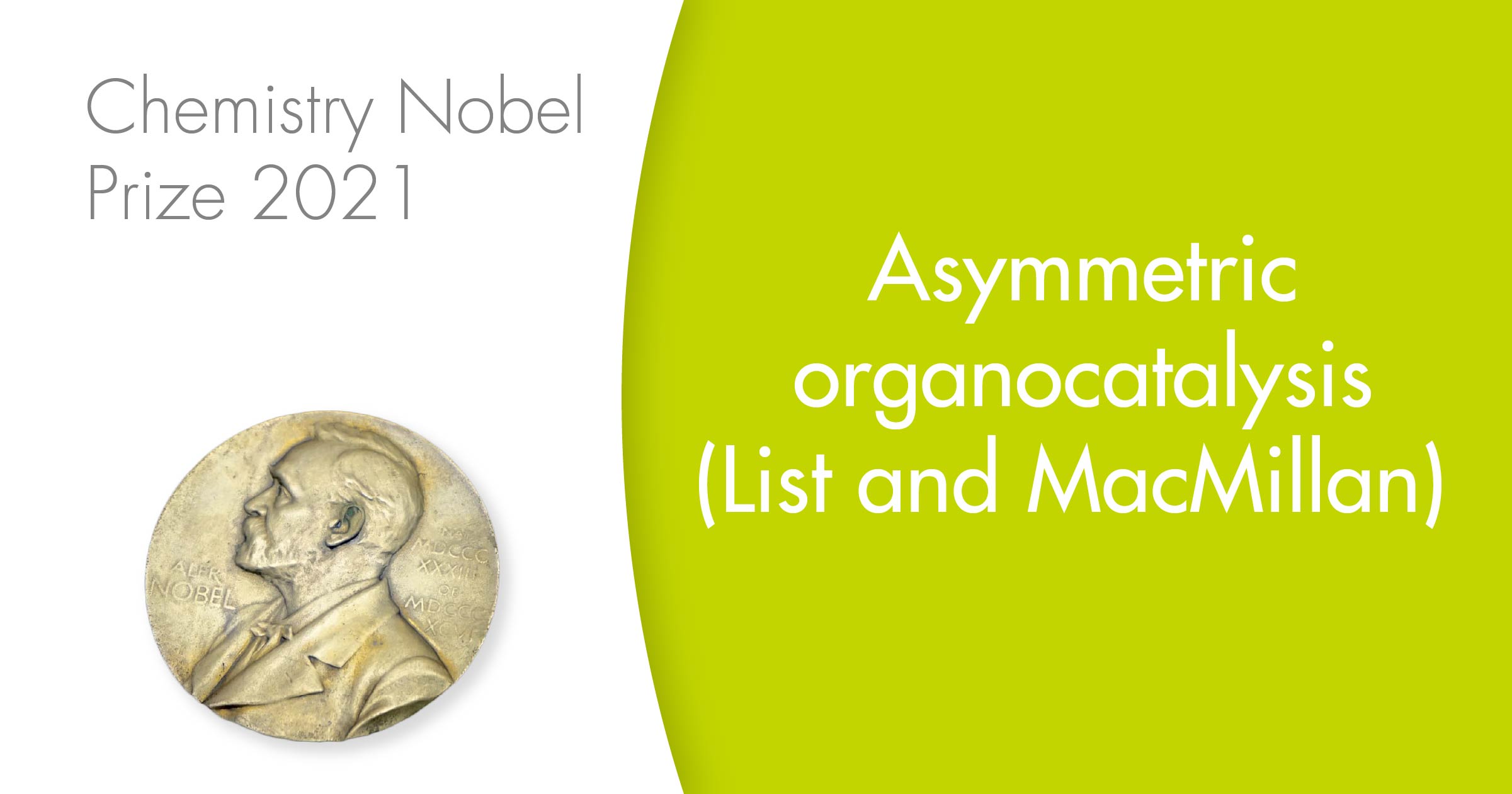 The 2021 Chemistry Nobel Prize has been awarded to Benjamin List and David MacMillan “for the development of asymmetric organocatalysis”.

Prof. Dr. List (Germany, 1968) is currently Director and Scientific Member at the Max Planck Institute for Coal Research (Homogeneous Catalysis), as well as Honorary Professor at the University of Cologne (Germany), while Prof. Dr. MacMillan (Scotland, 1968) is currently Professor of Chemistry at Princeton University (USA). Although working independently, List and MacMillan published on the same year what would become seminal works on the field of organocatalysis.

The development of organic species able to catalyze reactions as efficiently as metals is probably one of those silent revolutions in chemistry. For decades, organocatalysis was not a hot topic nor it was specifically addressed in lectures, although ‘traditional’ catalysis (i.e., organometallics, couplings and so) was always covered in depth.

One of the most prominent examples in organocatalysis was a reaction implemented by Schering and Hoffmann-La Roche in 1971: the use of L-proline to effect an asymmetric intramolecular aldol reaction (aldol reactions were fashionable those days) to afford a ketone, which was used to manufacture steroids on multi-kilogram scale.

And for a long time, that was it. Maybe a short mention of other possibilities, but nothing else. Thirty years later, List demonstrated that, in fact, L-proline was also capable of catalyzing intermolecular asymmetric aldol reactions. At the same time, MacMillan and coworkers designed organocatalysts based on a novel iminium-ion catalysis mechanism.

Today, organocatalysis has established itself as the third pillar of catalysis. It is widely used in industry in many different reactions: aldol condensations, oxidations, C–H aminations, Mitsunobu… A cornucopia of metal-free catalytic methods.

As the field of drug discovery attempts to escape “flatland”, metal-free methodologies that provide control over enantioselectivity are becoming increasingly important, making this award a very timely recognition to such a key tool for synthetic chemists.