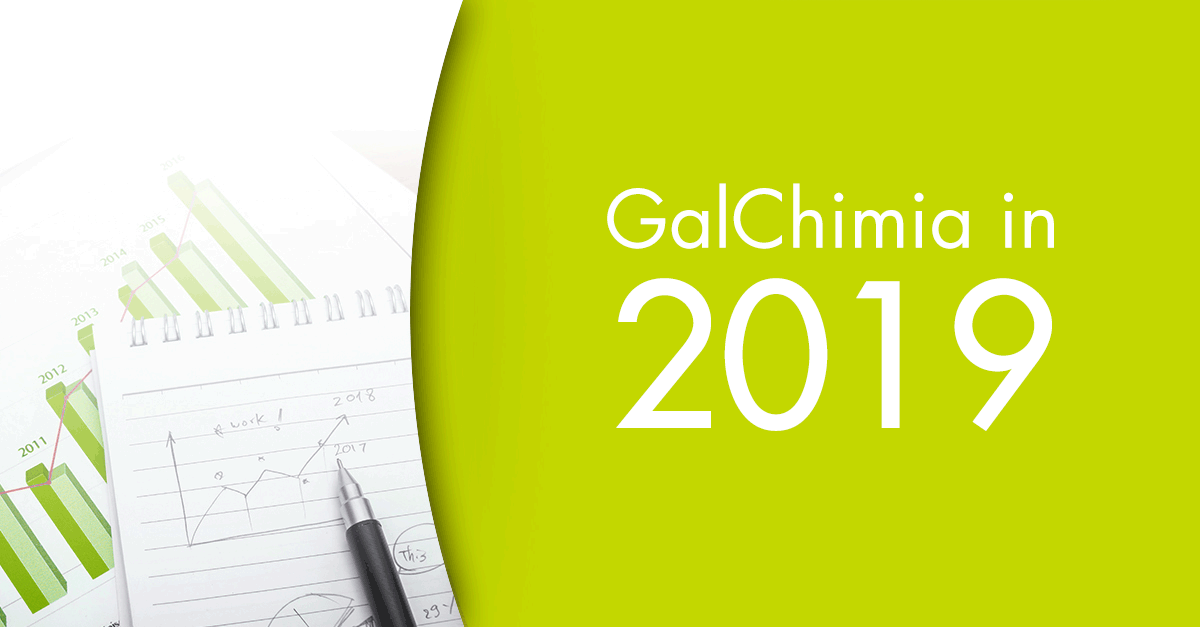 Another year and another bunch of figures

As you probably now, our company has three work centers: one in Galicia (our headquarters), the second one in Madrid, and the most recent in Barcelona. Having three sites (with 10 labs dedicated to organic synthesis) working full steam makes the crunching exercise a bit more difficult, but the metrics are fully digitalized and so it has been relatively easy to gather the above information.

If you take a look at the project figures, 2019 may seem like a slow year since we started only 100 projects, a somewhat low number compared to those from previous years. However, most of these new projects involved long-term FTE contracts, intended to last for many months in contrast to short custom synthesis projects. Only two of those projects did not yield any product at all, putting our success rate at 98%. Four of the projects delivered compounds with some delays, although as usual none of them affected upcoming animal trials.

One of these FTE projects, which started on mid-2018, shows what we can offer with a team of 3–4 chemists. The project started with the usual hit-to-lead work and a productivity of 35–40 products per FTE/year. In 2019, the project entered the lead optimization stage, with a much more intense SAR exploration; using the chemistry previously developed, the team was able to deliver 54 products per FTE/year, which is one of the highest productivities in the company’s recent history.

With so many FTE projects, the number of products delivered in 2019 has been the highest ever: 1782. As expected, most of them (about 1300) were synthesized in amounts below 100 mg, going directly to all kinds of in vitro assays. Some products climbed their way to more complex assays, in which larger amounts of product were needed (331 in the range between 100 mg and 1 g), and a few (141) were synthesized at gram scale. Only a handful, 9 products, reached the stage where they were required in hundreds of grams.