Galchimia and AllGenetics win the award of the Galician Spin off 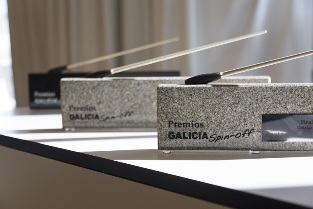 The companies AllGenetics and Galchimia are the winners of the second edition of the Prizes Galicia Spin-off, respectively in the categories of Emerging Idea and Quality Seal. Pastor And the portal GCiencia organise Prizes that distinguish the Galician companies more innovative and with a strong links with the university.

In the section of Emergent Idea, that recognises a pioneering business initiative, the winner was AllGenetics, a company created in 2011, specialised in genomic. It appears to be the first company of the world applying its advanced genomic techniques to serve ecotoxicology.

In the section Quality Seal, that recognises a strong and prestigious track records consolidated. The winner of this edition was GalChimia, a company created in 2001 and created by two chemists from the University of Santiago de Compostella, that all along the years converted their company into the Spanish leader in Synthesis and Organic chemistry.