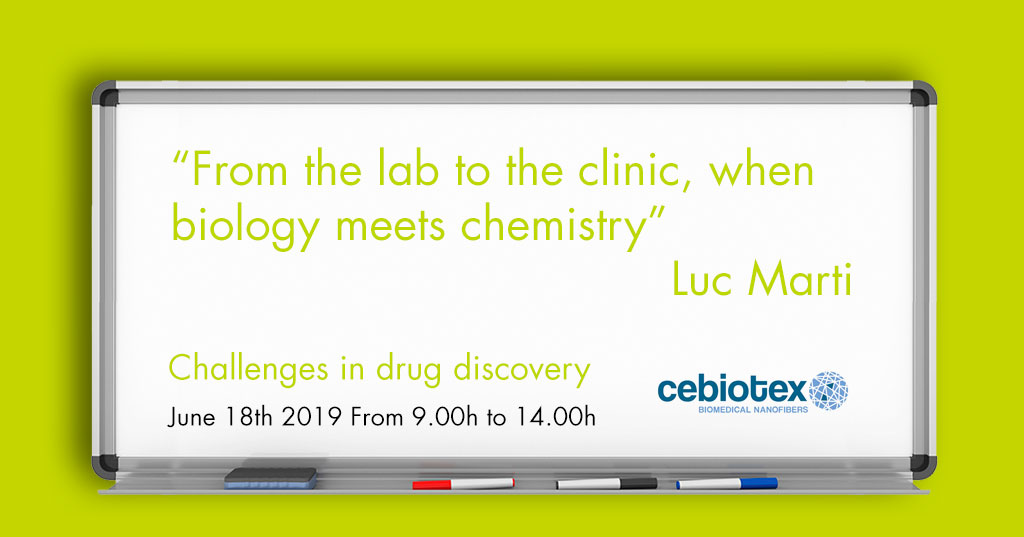 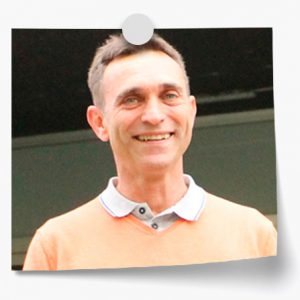 Luc Marti holds a PhD in Pharmacology from the Université Paul Sabatier (Toulouse), as well as a Master in Biotechnology Management (IE Business School, Madrid). He is currently the Chief Operating Officer at Cebiotex (Barcelona). In his talk, “From the lab to the clinic, when biology meets chemistry”, he will describe some of the challenges in moving forward from the discovery of an active compound to its application in pre/clinic, highlighting the importance of his pharmacology background to help him understand the relation between biology and chemistry activities.

With over 25 years of expertise, among them 15 in drug discovery for metabolic syndrome, cancer and autoimmune diseases, Luc Marti has a very broad vision of the drug development process, involving all areas of research: efficacy, pharmacology, toxicology, preclinic, CMC and clinic. He created his own company and coordinated several projects, where he had to deal with different interlocutors: regulatory agencies, service companies, scientists… We are glad he has agreed to share his experience on the challenges he has faced throughout his career.

After a brief placement in Japan, Luc Marti obtained his PhD in Pharmacology where he became interested in metabolic diseases. He then started as a scientist at the Barcelona Science Park working on the discovery and characterisation of new anti-diabetic compounds, before co-founding Genmedica Therapeutics in 2005, an R&D company focusing in metabolic diseases and inflammation, where he developed an antidiabetic agent up to phase 2a. He then moved to Artax Biopharma, where he was first Chief Operating Officer and then Vice President of R&D Operations, developing a therapy for autoimmune diseases up to clinical phase 1b. In 2016, he took on a new challenge as Chief Operating Officer at Cebiotex, a company developing an innovative drug delivery system based on nanofiber membranes for cancer treatment.