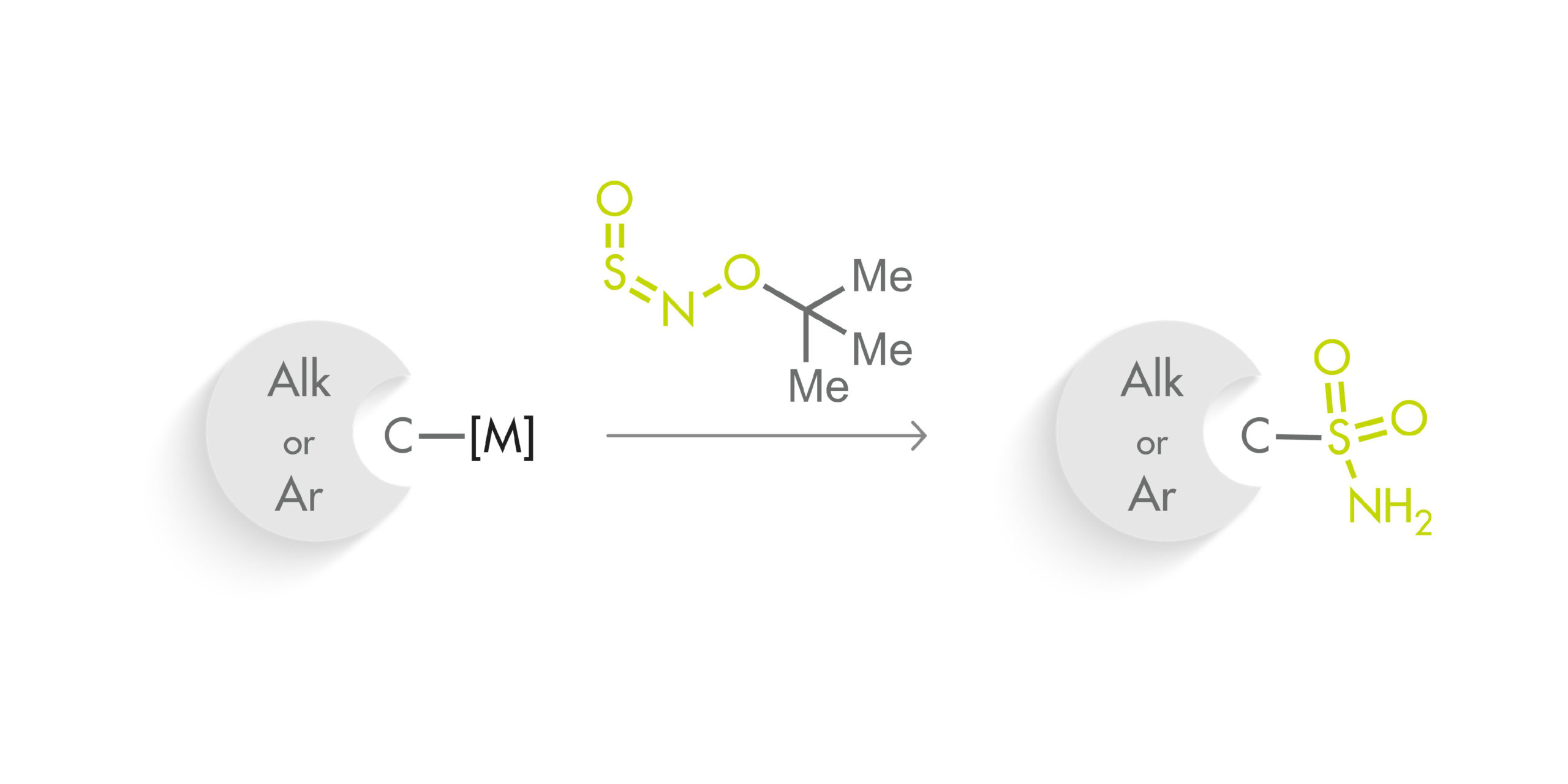 The sulfonamide group is one of those chemical moieties that have been around for a long, long time. They are present in sulfanilamides, the first widespread antibiotics, and also in compounds like Valdecoxib (a nonsteroidal anti-inflammatory), Chlortalidone (a diuretic used to treat high blood pressure) or Brinzolamide (used to lower intraocular pressure).

However, the introduction of this group is not always straightforward. Some common methods usually involve some type of redox reaction of an existing sulfur moiety, or a sulfonylation followed by treatment with ammonia. But most methods have limitations or issues. For medicinal chemists, a direct method to introduce the SO2NH2 moiety would be a nice novelty.

Willis’ group (Oxford University, UK) has been working in this direction for some time. In 2018, they published a method based on the copper-catalyzed synthesis of sulfonamides using DABSO (a SO2 surrogate), boronic acids, and amines. Although it was an improvement, pretty much like most Buchwald–Hartwig protocols, it failed when ammonia was used, so access to the SO2NH2 moiety remained out of reach. They however persevered and have come with the new protocol described in this paper.

The method makes use of a new class of sulfinylamines, N-sulfinyl-O-arylhydroxylamines, which can be reacted with organometallic nucleophiles. In particular, they have developed t-BuONSO, a stable reagent prepared in one step from commercially available O-tert-butylhydroxylamine hydrochloride. To their surprise, the reaction of t-BuONSO with an arylmagnesium bromide in the presence of morpholine did not yield the expected secondary sulfonamide, but the primary sulfonamide in high yield. A little optimization of the reaction demonstrated that reacting a nucleophile at low temperature with t-BuONSO was enough to obtain primary sulfonamides in high yield. The protocol requires an organometallic nucleophile, which can be prepared by usual Grignard chemistry, formation with PrMgCl·LiCl, metal halogen exchange with nBuLi, or deprotonation. Also, although most of the substrates have an aryl group, the protocol can be applied to pyridines and other heterocycles with good results. And also to alkyl groups.

In short, they have come up with one of those reactions that can be potentially applied to the preparation of sulfonamides in one step (demonstrated with a precursor of Celecoxib), as long as the molecule does not have groups that are incompatible with the formation of the organometallic nucleophile.