BIOGREEN: Innovative technological solutions for the development of a biorefinery model based on green biomass 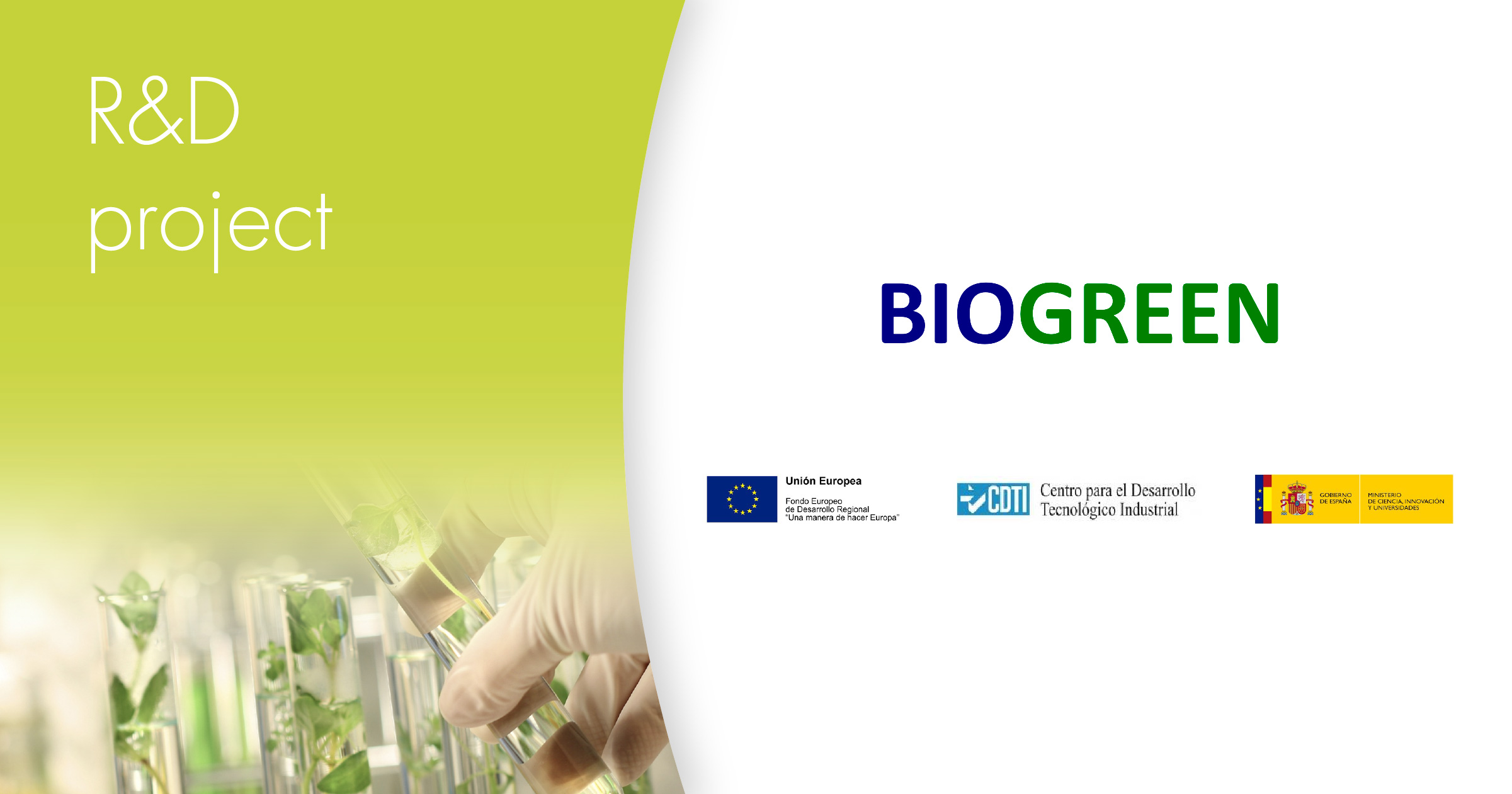 GalChimia participated in BIOGREEN, an R&D project aimed at the development of a green biorefinery concept that uses biomass as raw material, specifically high yield crops not intended as food sources, to obtain high added value products such as bioplastics, celullose acetate films, and fertilizers.

The project has been developed in collaboration with the companies Norvento, Agroamb Prodalt, Biot, Idener and Syspro, and with the technological centers AINIA and CETIM. It is funded by the Centre for the Development of Industrial Technology (CDTI), the European Regional Development Fund (ERDF) and supported by the Spanish Ministry of Economy and Competitiviness. BIOGREEN was one of the projects selected by CDTI in the last call of the INNTERCONECTA program.

Project aims: The general objective of the BIOGREEN project was the development of a green biorefinery for the treatment of surplus agricultural waste and the generation of energy and bioproducts within agro-industrial environments. This objective pursued several goals: to contribute to the advancement toward a circular and decarbonized economy, the development of endogenous technologies, and the integration of waste management with the generation of energy and products with high added value in agro-industrial environments.

With these aims, a process was outlined involving raw material specifications, subprocesses, and their integration and optimization as a whole; the optimization of a raw-material conditioning subprocess through the development of a pilot press system; and finally, the pilot assembly of a biorefinery model (hydrolytic digester + anaerobic digester), with subsequent validation at industrial scale.

The project was articulated through 6 modules, GalChimia being the leader of module 3 (Production of added-value compounds from the fiber fraction). The objectives related to each activity are detailed below.

Project outcomes: The BIOGREEN project has successfully met the established objectives by achieving the following results: 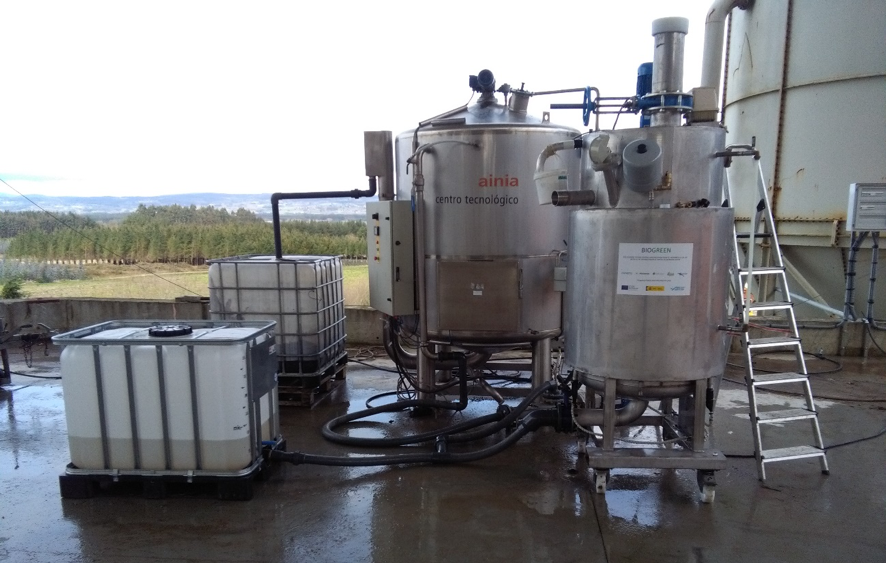 GalChimia thanks all the members and collaborators of the project BIOGREEN for their involvement and work, which have been key to obtaining the present results.