The Spanish biotech sector is stronger than ever 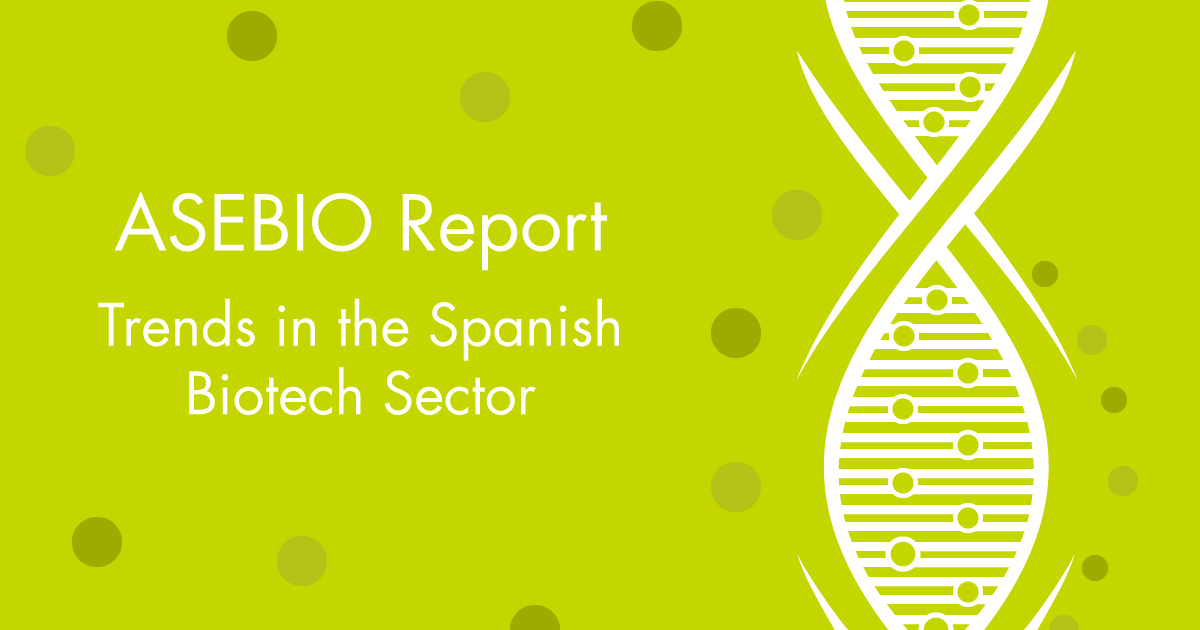 Since 2003, the Spanish Bioindustry Association publishes the Asebio report. This document includes the most relevant data on the evolution of the Spanish biotech sector, as compiled by the Spanish Statistical Office and further analyzed by Asebio. The report also collects information on the production (pipelines) and technology transfer achievements of the Spanish biotechnology companies (including pharmaceutical, agriculture, food, and chemical industries).

The good news is that the sector experienced a great push in 2018. The Asebio Index considers a series of positive and hindering factors, such as the workers’ level of training, public/private cooperation, access to private funding, or internationalization. As you can see below, this index has never been higher, reflecting the good health of the Spanish biotech sector.

The historical evolution of the Asebio Index

Want to know more about successful stories in 2018?

Catalonia, Madrid, and Basque region remain the communities with the highest number of companies working on the biotech sector. Nevertheless, Galicia is not that far, coming in 8th position. Since the beginning, our CEO Carme Pampín, also co-founder of BIOGA (the Galician cluster of biotech companies), and CSO Jacobo Cruces, a corporate member of the European Federation of Medicinal Chemistry, have believed in the great potential of this region. Thus, at GalChimia, we will continue to work to bring Galicia to the forefront of the Spanish biotech sector.