Twenty years of the Rule of Five 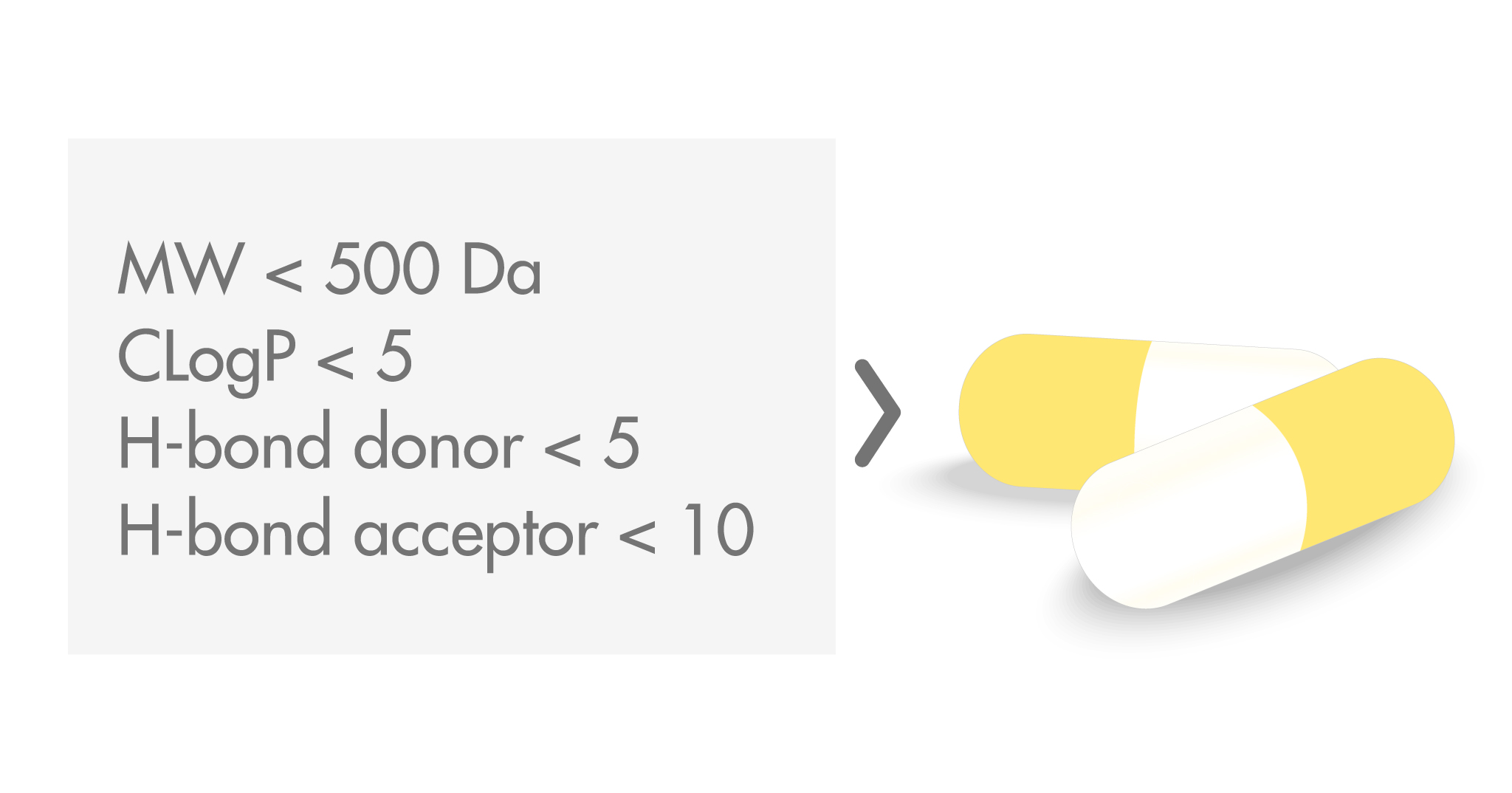 Medicinal chemists know very well the Rule of Five (Ro5). It was developed by Lipinski and colleagues as a guide to design molecules with the most promising oral bioavailability. The Ro5 has had a remarkable effect on drug discovery strategies; twenty years on, the history of this set of rules can be described as both influential and controversial.

The Rule of Five was the result of a study conducted at Pfizer in the late 1990s on the favorable absorption properties of orally administered drugs and clinical candidates, where oral bioavailability was determined as the fraction of drug escaping gut and hepatic metabolism as well as the fraction absorbed. Four key properties were selected, for which cut-offs were calculated that covered 90% of the molecules studied. Molecules with the best solubility and permeability were found to have:

The idea behind this study was to make medicinal chemists more aware of the impact a particular design would have on the probability of the compound moving forward along the drug discovery path. In this sense, the rules were helpful in identifying the properties that would lead most likely to success.  However, along the way, these guidelines for oral bioavailability became rules for drug-likeness, being subsequently applied as a straitjacket to drug candidates.

Throughout the years, many people have questioned the rigid interpretation of these rules. The truth is, the Ro5 was never more than a crude filter. What´s more, its limitations were obvious from the very beginning, as is the case of natural products, which break systematically the Ro5 but are both bioavailable and bioactive. Also, the rules will not apply if a biological transporter is involved in the uptake of the drug. These two flaws highlight the lack of universality and the need to understand the so important context of these rules.

Ironically, the wide-spread application of the Ro5 has made it rather difficult to assess its impact in these 20 years. It was so extensively enforced that the data available now is probably biased. Complete series of compounds were discarded without even being tested, making it practically impossible to determine how accurate Lipinski’s predictions were… However, it seems obvious that, if Pfizer were to perform the same study today with the database currently available, a different set of rules would have come out. A question arises, should we keep applying rules extracted from data that is 20 years old?

It is clear now that the Ro5 has not passed the test of time. Increasing numbers of compounds that lie beyond these rules are being developed and reaching the market. New drug families such as macrocycles and PROTACs fall well outside Lipinski’s space. Moreover, the most interesting aspect of these medium/large molecules is that they provide opportunities that are simply not possible with small molecules, such as their ability to modulate protein-protein interactions. 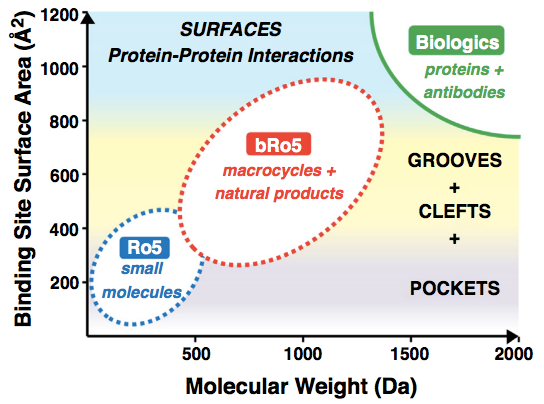 Nevertheless, old habits die hard, and further scores have been introduced in recent years, such as the lipophilic ligand efficiency (where molecules with LLE > 5 are more promising), number of aromatic rings (ideally < 3), or fraction of sp3-hybridized carbon atoms (ideally > 0,47). Meet also Ro5’s little brother, the Rule of Three (Ro3), used in fragment-based drug discovery, whereby fragments should have MW < 300, CLogP < 3, number of hydrogen bond donors and acceptors < 3 each, and number of rotatable bonds < 3. Again, while these filters do help us to be more conscious about what we put in our molecules, careful consideration of how and when they are applied is crucial.

Drug discovery is a very complex process, and it is unlikely that rules based on a few simple properties will lead to the perfect molecule. Strict application of Lipinski’s rules reduces a lot the space for chemical diversity, and we shouldn’t limit ourselves and our creativity: there is so much chemical space left to explore!