Who had come in first ? 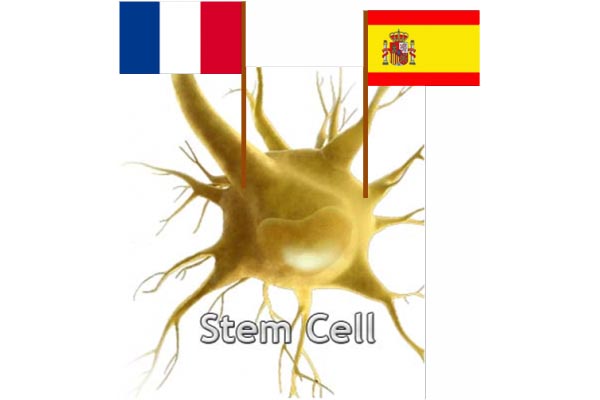 Being French, living in Spain and working in English I read different news items from different countries in several languages. Recently, I have been very surprised when reading two different articles about cellular therapy applied to heart failure, the first published in a French review and the second in a Spanish one.

The French publication was headlined “La percé française” and describes how two scientists used Embryonic Stem Cells (ESC) in a patient suffering from heart failure. From others sources, I could understand the mechanism of action of this therapy, which is based on the paracrine effect. Basically, ESCs are differentiated into cardiac cells, which are able to secrete different molecules some with a positive effect on patients’ own cells, promoting cardiac tissue repair. Once differentiated, the cells are placed in a patch that is implanted into the patient.  The main conclusion after 3 months of study was that the technology is safe and feasible but few positive data about its efficacy have yet been released.

A week later I read the second article, headlined “Una terapia pionera española”. In this case, the researchers are not using ESC but rather specific cells from donors in order to treat heart failure. These cells are called progenitor cells: they are between stem cells and differentiated cells.

The progenitor cells could come directly from the patient but the scientists explained that they need to be treated prior to injection and that this takes some time, whereas if they are taken from a donor there is a pool always available. So, after a biopsy, the cells are expanded, manufactured and given to the patient using the intracoronary method of administration. Here again, it seems that the main effect of these cells comes from the paracrine effect, but it seems to promote the regeneration of the patient’s own tissue.

In my opinion, we have two great advances here, although we are not yet going to be able to regenerate an organ, as the main activity of both cell lineages is based on what they release.  Sooner or later the French team is bound to face ethical issues associated with the use of ESC, because the European legislation concerning their use differs depending on the country. This was not discussed in either of the articles that I read, however, while in some countries ESC may be obtained from human embryos, in others, such as Germany and Italy, this is forbidden. I do not imagine a commercial treatment based on ESC. However, the feasibility and safety of using such a patch is great news. Regarding the Spanish team, I prefer their product, as they have been able to expand and manufacture the progenitor cells, which I consider to be a real advance. I thought they might face an immune response from the patient’s body, but it seems this is not occurring. In this case, I personally think the only difficulty is the administration method, which is burdensome. Writing this editorial has made me think more about these two articles; I had not realized they were so different and, at the same time, very complementary. Maybe should I write to Genetrix and Prof. Philippe Menasché…