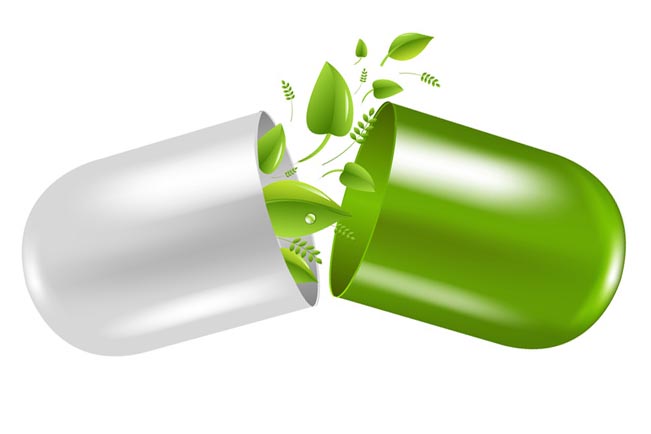 GalChimia customers come from several industries, but the majority can be classified into two categories: agrochemical and pharmaceutical.

What are the differences and the similarities between these two sectors?

Pharmaceuticals and pesticides undergo a similar development and registration process, and they also share certain aspects of risk management. Indeed, both are chemical compounds that can have adverse effects and, if misused, will have detrimental effects on human health and/or the environment.
Leads for pharmaceuticals and pesticides often overlap, in some cases resulting in similar compounds being used for human health and weed management purposes. The following figures show similar structures issued from pharmaceuticals or agrochemicals: 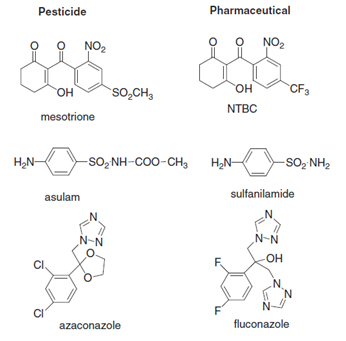 Several pesticides have also been reported to act against certain diseases: 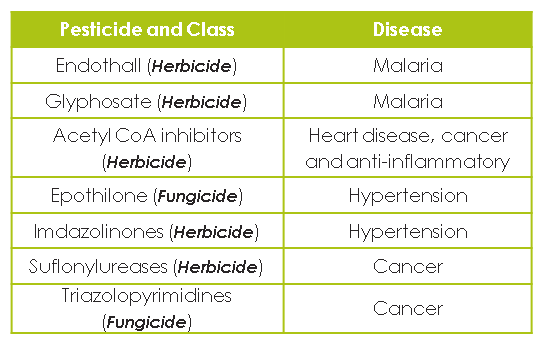 The main discrepancies between the two products are market size and final price. Pharmaceuticals are sold to the final consumer but also through a public health system with health insurance to cover most of the fees. The cost of crop protection is entirely paid by the farmer. He will also need to treat large areas of land, requiring large quantities of the product. The agrochemical market is defined by the amount of money that can be spent by the farmers. More specifically, looking at the price:

The sales of the largest players of each industry are drastically different. Pharma revenues are 5 to 10 times higher than those from Agro.

Taking into account these cost limitations we can look at the R&D expenditure. In 2012 the Pharma sector spent around 135 billion USD, while spending in the agrochemical sector reached 6.7 billion USD. What is the difference between the two industries? Where is Agro is spending less than Pharma?

Regarding the toxicology, testing is quite similar: acute and chronic testing, reproductive and developmental toxicity, mutagenicity and others specific testing that will depend on the molecule properties. Both have to perform an Environmental Risk Assessment. Similarly, metabolites and impurities have to be controlled and tested if they are above a threshold.

As a conclusion, the two main differences are focused on finding a very low-cost synthesis process and the clinical trials. However, for many years, virtually all pharmaceutical companies had an agrochemical division. This was partly to maximize the benefits of expensive chemical synthesis efforts by searching for many types of useful biological activity. Are pesticides luxurious pharmaceuticals? I don’t think so, but when I began writing this editorial I did not expect so many similarities.